It feels like forever since I’ve done a Good Morning Monday post… probably because it has been forever LOL  As you might now, I ran out of spoons for doing anything in late 2020 and it seems I still have very limited productivity and motivation. My brain fog seems to be lifted but I’m still turning in circles most days.

BUT today I have some things to share! First up we have… 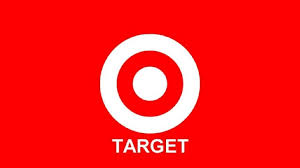 My paperbacks are on sale at Target in the US!

They are currently running a BUY 2 GET 1 FOR FREE deal and the paperback of Switched is just $6.29!!  Now is definitely the time to grab it!

Eeeek!  I’ve never seen my books in a retailer (in person) so this is so exciting for me!

If you scroll down on that page you’ll see ‘Similar Items’  and you’ll find all my books there!

CODE RED IS JUST 10 DAYS AWAY…

I thought I’d share a very short little excerpt from Code Red with you guys!

This is from chapter one. The whole book is from Roscoe’s POV. I adore these two guys, and I really hope you enjoy it…

“Roscoe Hall,” I answered my phone, out of time and patience. It didn’t dawn on me that it was Ryan’s number until after I’d said my name. It was my twentieth call this morning already.

I checked my watch. It was 7:30 now and I’d already been up for far too long. It was a big day, and I could take a moment to breathe once we were all together.

There was a brief pause. “Is Maddox with you?”

I pocketed my phone and did one last check. Phone, wallet, passport, tickets, keys. I grabbed my carry-on, locked my front door, and wheeled my suitcase down to the waiting car. I hadn’t even greeted the driver when my phone rang again, and it beeped again on my way to collect Maddox.

I was organized and efficient, aggressively so.

It’s what made me good at my job. Being the personal manager for one of the world’s biggest boy bands was every minute of my life.

These boys didn’t accept second best for anything, and neither did I.

And I should clarify that while they were classified as a boy band, they were men. They might have started out as boys—they were just kids in high school when they formed their first band. But they were twenty-three now. They’d done the small local gigs, needing their parents’ permission to play in bars and clubs around LA when they were underage.

The story of how the band called Atrous made it to the big time was well-known.

The five boys came from nothing. A garage band that crossed pop with rock and rap, playing small gigs wherever they could, when a well-known radio DJ saw them and uploaded footage to his social media. Platinum Entertainment, one of America’s biggest entertainment management companies, signed them, and they’d been on the top of the world music stage for the last four years.

To the outside world, these guys were the ultimate success story.

They had no idea what went on when the lights went out.

Ryan and Amber took care of Jeremy, Wes, Luke, and Blake. But Maddox was mine.

Well, not mine. But mine.

Over the last four years, Maddox and I’d just gelled. He didn’t trust easily, and for some reason he’d put his trust in me. And the truth was, he needed his own personal manager more than the other four guys.

Maddox was the face of Atrous. Unwilling, but the face, nonetheless.

He wore black, he had a full sleeve of tattoos, perfect skin, and he had attitude to spare. His motto was to burn down the institutions, to stand tall for those who had to kneel, and to speak for those who had been silenced.

He resonated with the youth around the world.

He was also incredibly good-looking.

When I say good-looking, I mean hot. Sexy, enigmatic, ethereal, even.

And he answered the door looking like a mix of both. His hair was wet from the shower, he smelled warm and clean, he wore black cargo pants, a black T-shirt, and combat boots. It was his standard attire. Seeing him like that made my heart feel far too big for my chest. “Forget your key?” he asked. He even almost smiled.

Yes, I had a key to his house. But that was for emergencies only. I followed him inside. “You ready? The others are meeting us there.”

He grumbled something that sounded like assent. His house was still dark, open and vast, mind-bogglingly expensive, and it felt empty. It was in Beverly Hills, worth a reported twelve million with incredible views of the canyon and the city, but Maddox had the blinds drawn.

He plucked a black hoodie off the back of his sofa and pulled it on. I ignored how his T-shirt lifted a little, exposing a sliver of pale skin above his waistband. I’d seen him shirtless a thousand times. Hell, I’d even seen him in his underwear. It was nothing new, but it still managed to warm my blood.

I grabbed his two suitcases, wheeling them toward the door. He picked up his black backpack. “Got my passport?”

“Yep,” I replied. “We’re all good. Your mom’s got her key and security numbers?”

His mother was going to come look after his place while we were gone. We’d be gone for almost seven weeks. Seven long, grueling weeks.

“Come on, I have an iced coffee waiting for you in the car.”

He pulled up his hood, but I swear there was the beginning of a smile before the shadow stole it.

My phone buzzed again, and I pulled it out of my pocket and groaned at the screen. Another message that could wait until we were in the car. I pulled the door shut behind us, made sure it was locked, and wheeled the luggage to the waiting car. I opened the car door for him, I closed the door for him, I loaded the bags into the trunk—it was my job to do these things for him—and finally I got into the back of the car with Maddox.

My phone buzzed again, and I thumbed out a quick reply. We’d been driving for about ten minutes when I realized Maddox hadn’t said a word. He’d sipped his coffee but not much else. I looked at him then, really looked at him, and underneath the killer good looks was a tired man.

He scoffed as his answer, then glanced pointedly at my phone. “Did you? Has your phone stopped yet?”

I didn’t need to reply because we both knew the answer.

He nodded because he knew he was right and proving his point, I replied to some more emails and messages on the drive downtown. Yes, we all lived in LA, and yes, we were staying at a hotel in LA because when the tour began, the band and the whole crew would stay together. Mostly for logistical and security reasons, but also for bonding. We were one unit from day one, regardless of location.

As the car pulled into the hotel’s underground parking lot, Maddox’s eyes trained on the people rushing about. “The guys are already here?” he asked.

His shoulders relaxed a little, and for that I was glad. He and his bandmates were like brothers; they’d been through everything together. He was closer to Jeremy than the others, but the bond between the five of them was clear. I was relieved that he’d be with them again. I was pretty sure he’d spent the last few days by himself, holed up in his house. I’d spoken to him on the phone, even came to see him a few times, but getting ready for a tour was a busy time for me.

Before we came to a complete stop, he was quiet and chewed on his bottom lip. I wanted to ask him if he was okay, but there wasn’t time. I doubted he’d even answer that question, or answer it honestly, anyway.

“You excited?” I asked instead. “Sellout stadium tour, twenty-three concerts. You ready for that?”

He met my gaze and didn’t look away. His smile was as brief as it was beautiful. “Yeah. Of course.”

I didn’t believe him, and it was devastating how he could look right at me with those dark, dark eyes and speak so sincerely while he lied.

The Maddox I’d been secretly in love with for years . . . the Maddox I could never have.

“Maddox,” I said, but his door opened from the outside, and people were getting luggage from our car and giving directions, and there was no time.

The commotion had begun. These seven weeks were going to be brutal.

He lowered his head, pulled up his hood to hide his face, and got out of the car.

Can’t wait for you all to meet these two. Code Red is a bit angsty, it deals with some mental health issues as Maddox struggles with isolation and loneliness. It’s a romance so of course there is a big whopping HEA.